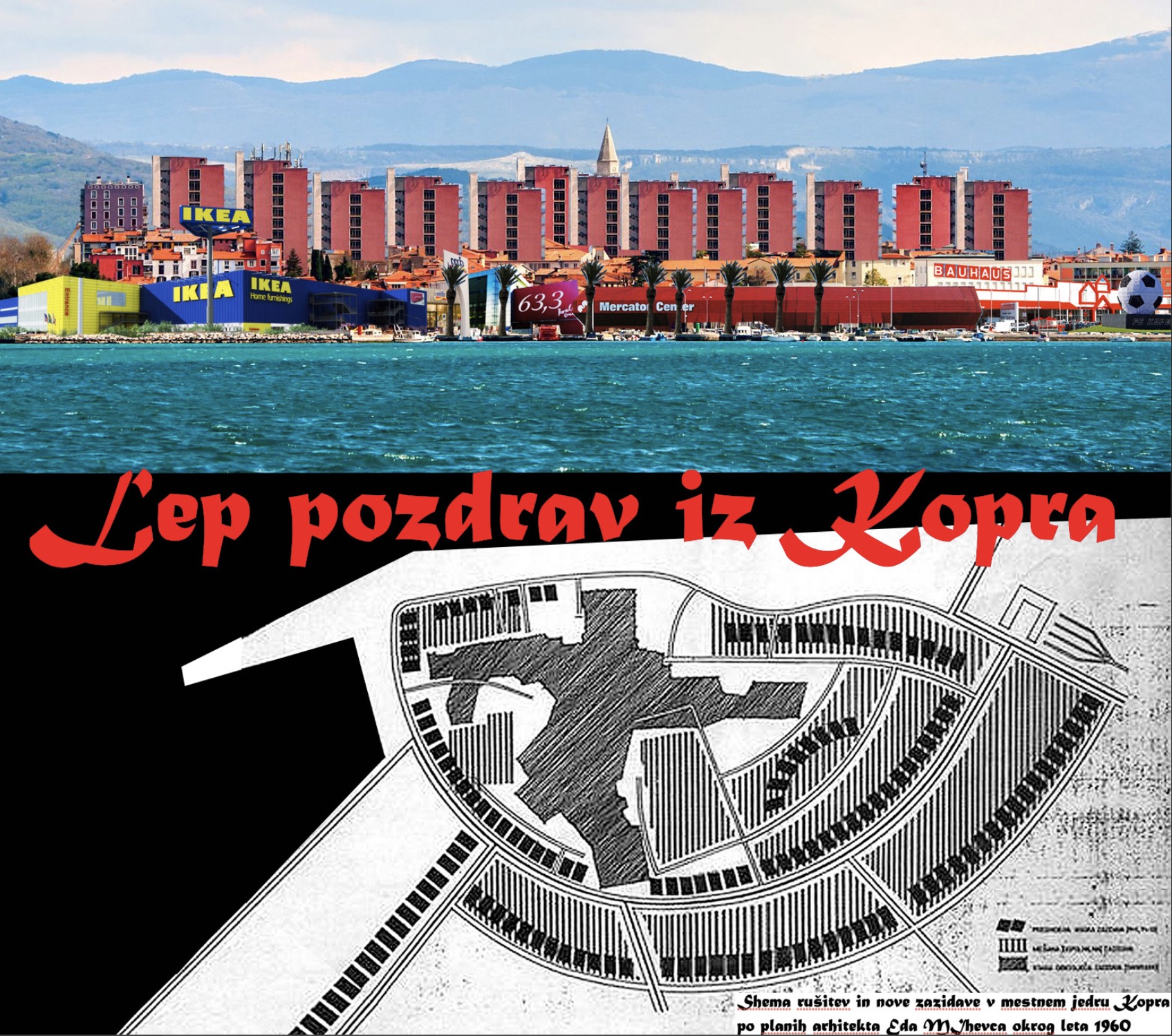 The social structure forms architecture, the methodology is temporary use. Participatory urbanism  in all new built ruins. The new urbanism is building the right to the green city, water and food with critically evaluated content. 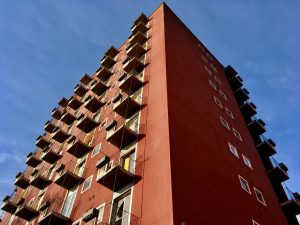 AGAINST THE INVESTMENT URBANISM

Half of the city is a racetrack, the other half encourages communication. Which is permanent and which temporary? Green areas are shrinking due to the construction of new city. The last complete urban plan for Koper was prepared around 1960. Tomos’ skyscraper, the rest of the beginning of Mihevc’s planning, Municipality of Koper sold to a private investor.  The Municipality changed the policy for the influential area along the vulnerable ring of the city centre into the new city of consumption. There is a unique example of investment urbanism – a shopping mall built in 2002 shares a parking lot with prisons built according to the 1984 asanation plan. Coincidence? 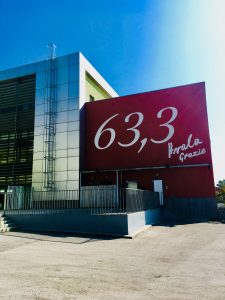 Public buildings are being demolished without a plan and are exposed to political manifests, such as at the elementary school on the picture. The only Municipality plan is touristification of the city. But there are no tourists, because there are no relevant content and no development concept. Architect Mihevc planed new walls of workers’ skyscrapers, which would demolish a large part of the historic city. The plan was realized only partially. Instead, the neoliberal place of consumption is growing out of the influential area of the city center without borders. In this way, the city center is developed on the plan of investment urbanism, which creates ideal conditions for land selling. Citizens in such way remain empty-hands. 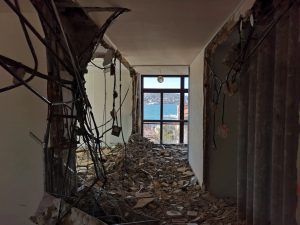 The participatory budget would contribute more to the citizens than cheap touristification. The city racing ground must be disassembled and the urban space shall be left to the creative processes of the users. It is therefore important that the social structure begins to form an architecture that critically evaluates the contents and places them in newly-created ruins with participatory urbanism.

How to devise a new construction which, due to the crisis of the construction sector, has remained unfinished. Without content is becoming the main problem of the current status of the city of Koper. The proposals will focus on the development of temporary use of the neglected and unregulated sites of the city as a result of investor urbanism. Based on the research, the basics of content will be created, which can be placed in empty objects. 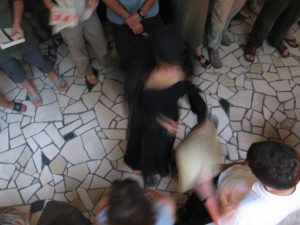 In the city center of Koper, this can be presented in many cases, from Solis to the monastery of Servi, Borilnica or the Toto ex Gavardo palace. Prototypes of temporary use indicate how to use simple architectural solutions to develop content and prevent further decay of the building area. Since politics is becoming an important designer of everyday life in the city, urban infrastructure (the right to fresh water) and public spaces are becoming increasingly commercialized. This eliminates the basic rights to the city. Involvement of the inhabitants in urban landscaping projects in the city, the creation of content for the coastal road between Koper and Izola, and the mapping of problematic abandoned areas, the participatory budget plays a vital role in the introduction of a new participatory urbanism in Koper. 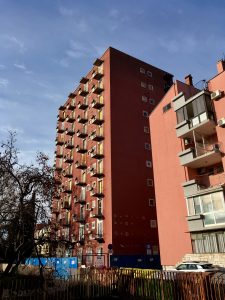 Water flowed on the former island through wooden pipes from the city hinterland. Because of the drought and climate change is water becoming an increasingly important asset. But the city flushes out collective memories. Water recuperation with the renewal of existing underground systems and wells can be a new strategy for water storage. 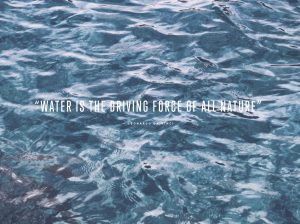 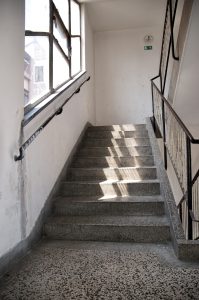 Interviews with passers-by will be the basis for dealing with degraded areas and guidelines for their temporary use. The public presentation of the Strategic Municipal Spatial Planning Plan of the Municipality will be highlighted. The results will be published on the platform Collector. 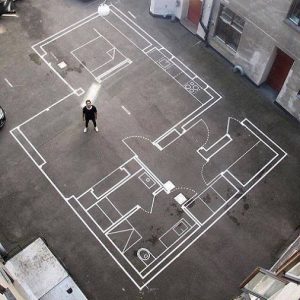 In the ground floor of the Tomos, the memorial room of the Museum of Innocence will be temporarily staged with a varied program in cooperation with Architects 2211 and Kosi and partners. Projections of  documentaries Unfinished Olympic City and Half The City with interviews of former residents of Tomos will be presented by Rebeka Bratož Gornik. At the end of May, the Museum of Innocence will be presented at the Bauhaus Radical in Dessau. The object was nominated at the World Monument Watch. 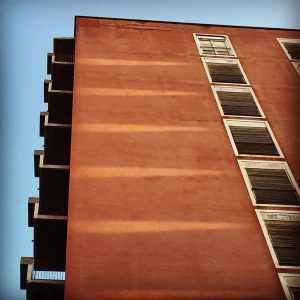 “When we lose people we love, we should never disturb their souls, whether living or dead. Instead, we should find consolation in an object that reminds you of them, something…I don’t know, even an earring.” ― Orhan Pamuk, The Museum of Innocence

Round table on the architecture of the city: KOPER OPTIMISM

“Sofronia consists of two half-cities. In one there is a large racing ground, a carousel with a crown of shining chains, a wheel with rotating clutches, a wall of death with motorists riding down the head, a circus dome with a cluster of trapezes hanging in the middle. The other half of the city is made of stone and marble and concrete, with bank, factories, palaces, slaughterhouse and a school. One half of the site is permanent, the other is temporary, and after the time of it ends, nails are being populated, the bolts are unscrewed, disassembled and taken away to be transplanted into a deserted part of another half-city. “- Italo Calvino: Invisible Places 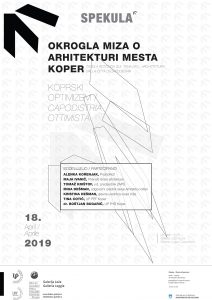 Round table on the temporary use of abandoned spaces: KOPER INBETWEEN 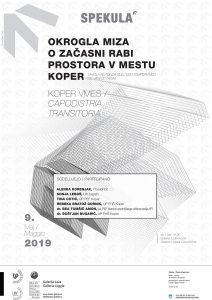 UP TO THE LAST DROP: THE SECRET WATER WAR IN EUROPE

Europe is overwhelmed by a crisis of moral values, where the question arises whether water for Europe is a commercial product or a human right? European institutions have not given a clear answer. The EU must still recognize water as a human right, as did the United Nations in 2010. Cities, regions and countries around the world are increasingly rejecting the water privatization model adopted and transformed by services in order to regain public control over the management water. 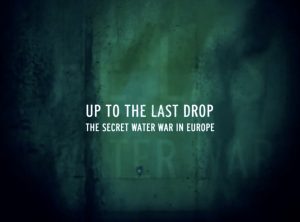 Dokumentary of Yorgosa Avgeropoulosa Up To The Last Drop: The Secret Water War in Europe.

On the basis of the reconstruction of the memory of the former maternity hospital, the action will be carried out by an urban action with the marking of degraded and abandoned buildings in the historical core of Koper. The map of deleted collective memory will be an exact plan that will designate areas for temporary use. 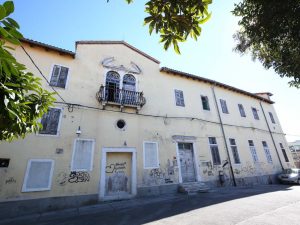 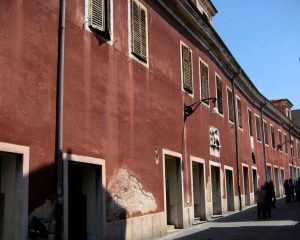 The research and art project is being developed in cooperation with the University of Primorska, the Pedagogical Faculty and the Municipality of Koper with the aim of improving the quality of life of the inhabitants of the city.